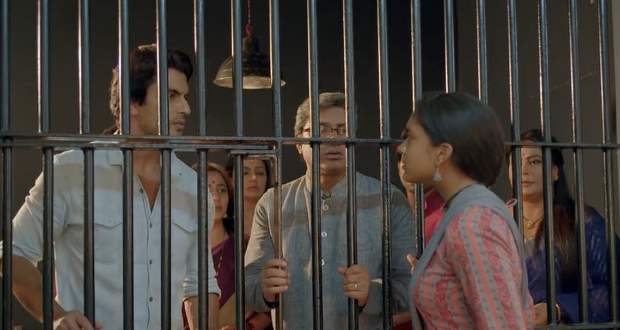 Today's Imli 11 June 2021 episode starts with Anu arresting the Tripathis and putting allegations on them for ruining her daughter's life.

Meanwhile, the Tripathis ask Anu to let everyone go and take her complaint back against them.

Imlie tries to convince Anu but she sternly refuses Imlie's request and blames her for Malini's sorrow.

Later, Anu gets Aditya arrested and tells the police that he is the real culprit behind everything.

On the other hand, Malini gets confused as she sees nobody at home.

At the same time, Imlie goes to the Chaturvedi house and gets the pen drive in which the video of Anu hitting her badly was filmed.

Dev holds Imlie and asks her why she came here which makes Imlie angry with him and she warns him that if he tries to hurt her family she won't stay quiet.

Further, Imlie rushes to the police station and shows the video to Anu, and tells her that if she doesn't take back her complaint she would register a complaint against her for domestic violence.

Anu lefts with no choice and she take back the complaint.

Meanwhile, Aparna gets upset with Anu and breaks her relation with her.