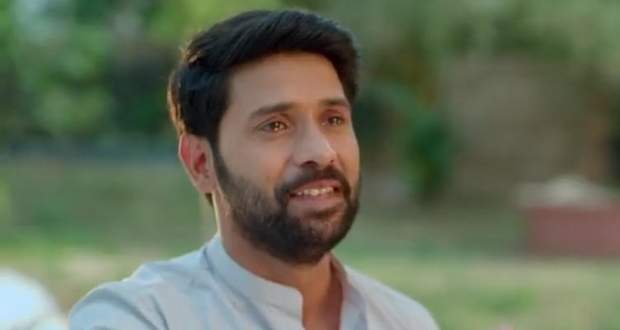 Today's Imli 11 March 2021 episode starts with a man scolding Aditya for creating an accident with Imlie while they get up.

Aditya asks her if she's okay while she thinks that she is imagining him.

Her friends leave after which Aditya confront her says that his family is hurt by her leaving without telling them.

She asks him if came to Pagdandiya to just say that while Aditya thinks that even he doesn't know why.

Aditya stops her from going but lets her go after she tells him to.

However, Satyakaam sees them and greets Aditya and tells him to come home.

Imlie says that Aditya has work to do but Aditya says that he will come with Satyakaam.

Imlie asks him when did he willingly wanted to come to her home.

Elsewhere, Malini gets a call from Anu who tries to instigate her against Imlie but Malini disconnects the call.

Aditya comes to Imlie's home where Mithi welcomes him while Prakash looks at him.

Meanwhile, Sundar makes food for everyone with the instructions Imlie gave him while the kids say that Imlie will never come back.

Malini says that if they shouldn't force someone to stay if they want to leave and gets emotional while the family consoles her saying she should talk about it with Aditya when he comes back.

Dulari touches Aditya's bag while Aditya stops her after which she subtly insults his family.

Elsewhere, Dev says that he has to go to Delhi for an exemption while Anu voices her doubts about him going to meet Imlie.

Malini and Nishant talk and she asks him why he broke up with Pallavi after dating her for so long while she remembers her moments with Aditya.

Upcoming Imli (इमली)episode update: Aditya to get bitten by a snake.