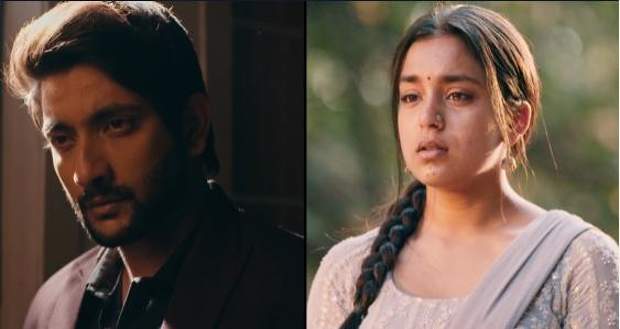 Today's Imlie 11th March 2022 episode starts with Aditya being on his knees and proposing to Imlie for the marriage. But she rejects him and says she is someone else’s wife.

At the same time, Imlie opens her veil to show her sindoor and mangal sutr leaving everyone to quiver.

On the other hand, Aditya feels that Imlie has been pressurized by Aryan to get married. He accuses Imlie that she betrayed him.

However, Imlie defends herself by voicing her thoughts and saying how she had helped Aditya in the past.

Meanwhile, Aditya grabs Imlie's hand and asks her not to save him anymore.

Furthermore, Aditya says that he wants to see them performing the wedding rituals and feel the pain of Imlie going away from him.

On the other hand, Aryan declares that he will marry Imlie again in front of everyone. He personally invites Aditya to the wedding.

Elsewhere, Imlie sits down feeling shattered about her life. She feels her stomach paining and craves some lemon pickle.

However, Imlie imagines Meethi caressing her hair softly. Imlie vents out all her pain and suffering by hugging her mother.

At the same time, Meethi prompts Imlie and strengthens her opinions by assuring her that everything is going to be fine.

On the other hand, Imlie asks Aparna about being mad at her. But Aparna says that though Aditya had lost Imlie, she has won a daughter.

At the same time, Imlie refuses to take blessings from Aparna. Aryan arrives and says that both of them needs Aparna's blessings.

Furthermore, Aryan asks sorry for the trouble he had caused because of Aditya. Aparna asks him to keep Imlie happy forever.

Later, Aparna ties a holy thread and blesses them to have happy nuptials.

However, Aditya's family members try to comfort Aditya, but he says that Imlie is faking her marriage.