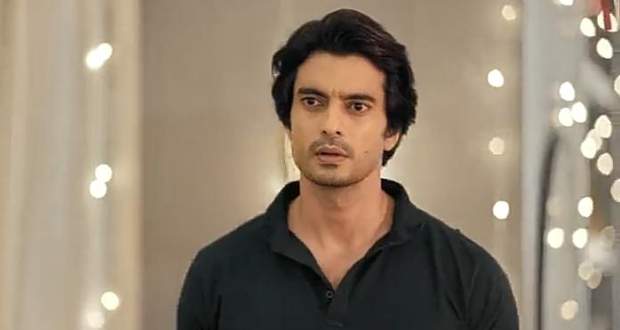 Today's Imli 11 November 2021 episode starts with the owner of the fighting ring challenging Aryan to a fight with Goga to get the place.

Elsewhere, Imlie tries to stop the fight and gets thrown to the ground while Aryan removed his jacket and goes towards the fighting ring while Imlie recognises him as the one who hit her with his car.

Aditya comes there and records Aryan and Goga's fight unaware that Imlie is also that.

Aryan is about to leave and Aditya stops him and asks him who he is.

Aryan introduces himself as the owner of the place and Aditya tells the police to come inside and arrest him.

The police come inside and arrest Aryan but Imlie stops them and says that he is innocent which cause her and Aditya to argue.

However, the police inspector gets a call and afterwards supports Imlie's words that Aryan is a businessman who bought the place and leaves.

Later, Imlie is walking on the road while Aryan stops his car beside her and throws water on her.

He leaves while Aditya comes there saying that he will punish her and requests her to come back home by trying to flirt with her.

She tells him to leave her hand and goes and Aditya goes the other way angrily while Aryan sees them and thinks that he is going to see Aditya more often.

Further, Aditya stops the Diya from lighting off and Aparna tells him to bring back Imlie while Malini says that he will move on.

Elsewhere, Imlie dreams of Goddess Sita in her mother's figure who praises her for choosing herself over others and tells her to move forward with her blessings.