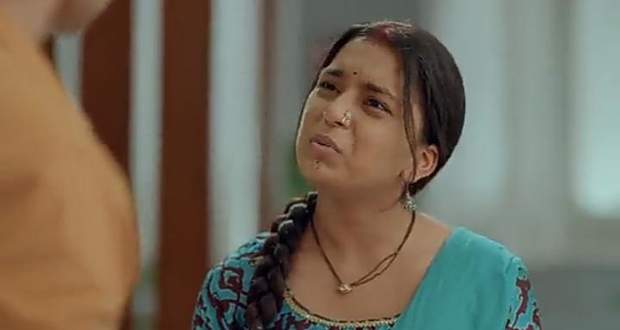 Today's Imli 11 October 2021 episode starts with Aditya getting frustrated thinking that Imlie won't accept to do an internship at the organisation where he works.

Rupali tells Imlie that she should spend more time with Aditya and accept the internship at his office.

Later, Imlie requests Aparna to take care of Malini. She won't be available as she will be busy with her internship.

Malini overhears the conversation and plots a ploy against Imlie to ruin her dreams.

In college, as Imlie approaches Malini for the internship form, Malini tells her that the forms are over.

On the other hand, Anu challenges Meethi to wear heels and work for the entire day.

Meanwhile, Imlie learns about photocopy. Unfortunately, she doesn't get any bare form as everyone submits their form to the supervisor.

Further, Imlie searches for the internship form in Malini's bag. She doesn't find it.

At the same time, Malini comes and tears all the forms in front of Imlie.

Imlie gets disheartened thinking about her career.

© Copyright tellybest.com, 2020, 2021. All Rights Reserved. Unauthorized use and/or duplication of any material from tellybest.com without written permission is strictly prohibited.
Cached Saved on: Friday 28th of January 2022 04:32:40 PM