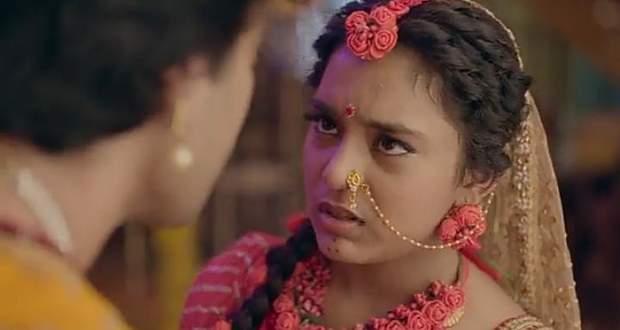 Today's Imli 11 September 2021 episode starts with Aditya saying that he doesn't remember anything while Malini also acts of not remembering anything.

Imlie rebukes her for lying and says that she is the one who intoxicated everyone while Malini starts acting of crying.

Imlie tries to tell everyone that Malini drugged everyone while Malini victimizes herself and says that her reputation is gone now.

Aparna rebukes Imlie and blames her for everything while Dulari stands up for Imlie.

Malibu starts acting and others try to console her while the elders call Anu and inform her of everything.

Later, Anu comes to Tripathi's house and asks Aditya if he can give Malini the place of his wife by doing what he did last night while he says that only Imlie is his wife.

Aditya goes after Imlie and apologizes to her while she tells him that Malini is the one who planned everything.

However, Aditya still refuses to believe her and Imlie emotionally leaves the room while he goes after her.

Anu does drama in front of the whole family and acts nicely with Imlie and Mithi saying that she realizes her mistake now.

Anu begs Imlie to save her daughter's dignity while Aparna states that Malini and Aditya are still legally husband and wife.

Parish tells Imlie to sacrifice for the Tripathi family one last time and tells her to let Malini and Aditya be married.