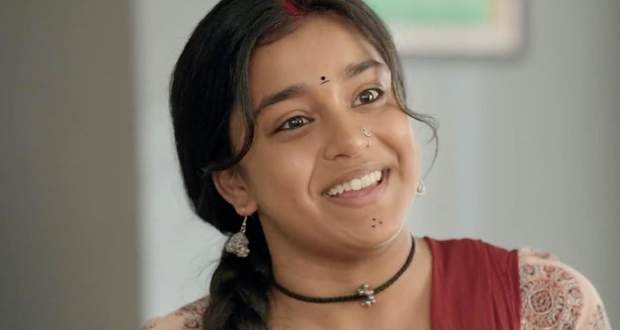 Aditya tells Imlie how much he loves her and they must reveal their relationship to Malini before things get too complicated.

Later, Imlie leaves while going back Malini, Aparna, and Rupi catch Imlie and ask her why has she applied sindhoor to her forehead.

Imlie says that may be mistakenly it must have got applied while worshipping God.

Aditya feels sad that Imlie had to give an explanation for his acts.

In Pagdandiya, Mithi, Satyakam, and Prakash visit Imlie’s school and distribute sweets to all.

Imlie calls Mithi and she congratulates her for her success. Mithi asks Imlie to make her- talk to her in-laws but Imlie refuses.

Further, Dev praises Imlie for her achievement and blesses her for her better future.

On the dining table, Pankaj asks Imlie in which college would she like to get admission. Imlie answers that she wants to take admission in Malini’s college.

Later, Imlie talks with Satyakam and tells him though she doesn’t have a father he holds an important place in her heart.

Dev gets dispirited knowing Imlie is close to Satyakam and not him.

Upcoming Imli (tomorrow) episode update: Malini gets upset with Aditya as he cancels their hangout plan.