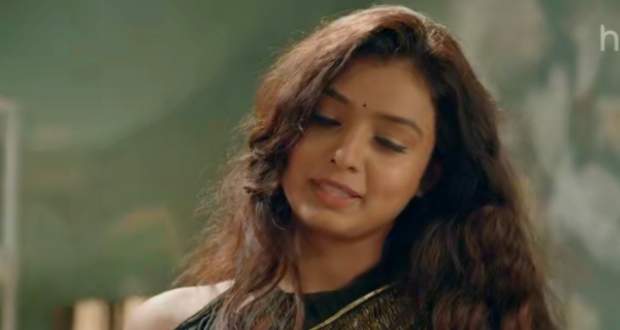 Today's Imli 12 August 2021 episode starts with Imlie getting surprised to see Malini wearing the saree that Aditya brought for her.

Further, Malini does a loud make-up of Imlie with the intention that she gets insulted by other people at the party.

On the other hand, Meethi gets worried about Imlie as she feels something ominous might happen.

Later, Nishant consoles Pallavi not to feel bad about going away from him for completing the chef course.

Pallavi feels delighted to know that Nishant is supporting her to complete her dream.

At the party, looking at Imlie's makeup everyone makes fun of her.

Aditya supports Imlie and introduces her as his wife.

Malini gets jealous to see Aditya and Imlie together.

© Copyright tellybest.com, 2020, 2021. All Rights Reserved. Unauthorized use and/or duplication of any material from tellybest.com without written permission is strictly prohibited.
Cached Saved on: Saturday 30th of July 2022 05:51:20 AMCached Disp on: Wednesday 17th of August 2022 04:53:00 PM