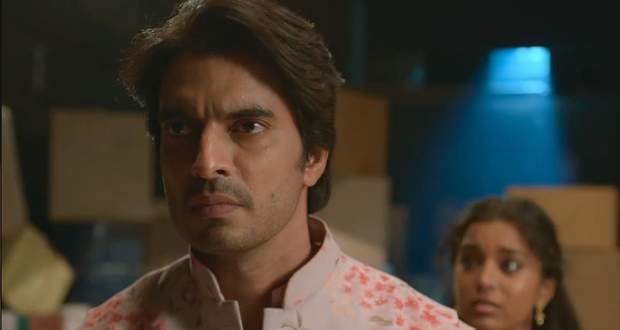 Today's Imli 12 December 2020 episode starts with Imli motivating the other kidnapped girls to be strong and calm. Aditya arrives at the godown to cover the story of the dangerous gang.

Imli tries to help the girls in escaping from the place, while Aditya gets shocked to witness Imli with the kidnapped girls.

They both rescue the other girls through the window but the kidnapper shoots a bullet at Imli to stop her.

Aditya rushes to save Imli and gets into a fight with the goons. Further, a goon holds Imli and Aditya at gunpoint.

The police arrive there at the right time and save Aditya and Imli from the goon’s attack.

Later, the police ask Aditya to click their picture with Imli as she is the one who rescued all the other girls.

Imli pushes a police constable and the police put Aditya and Imli in the lockup. Imli tells Aditya that she was looking for her father in the Meera Bagh.

Aditya offers his hanky to Imli to wipe her tears, while Malini and all the family members reach the police station to get Aditya out of the jail.

Imli witnesses Satyakaam’s poster in the police station. Meanwhile, Anu cancels Aditya and Malini’s engagement and breaks the alliance with the Tripathi family.

Malini tries to convince Anu not to get angry with Aditya.

Both the families click a family picture together and ask Imli to join them. Further, Imli finds a strange painting at Malini’s house.