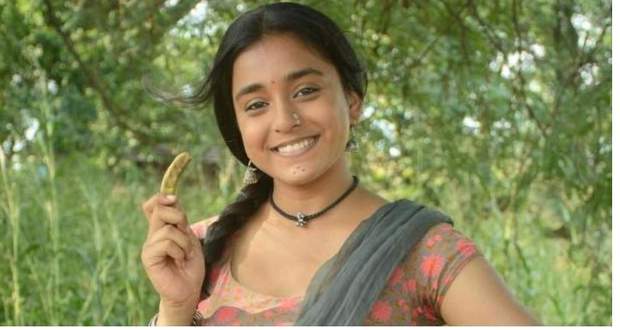 Today's Imli 12 February 2021 episode starts with Imlie wanting to sleep in the kitchen while Dev makes her sleep in a room.

Dev tells to wake up early so that they can paint in the morning.

Elsewhere, Malini and Aditya reach home and ask everyone why they are sad as Nishant is coming.

Radha cries that it is not fair that he can wherever he pleases and goes.

Aditya reads the text and says that he has not mentioned anything about leaving.

Meanwhile, Anu berates Imlie for being in Malini's room and tells her to stay away from other's belongings which hurts Imlie and she goes to sleep in the kitchen while Dev gets furious at Anu.

Rupali types a message to Nishant to not come home and tells Radha and Harish that she sent it.

Radha gets impatient while Rupali reveals that she sent a message about bringing chocolates.

Malini informs that Imlie has stayed back with Anu as Anu has sprained her ankle.

Everyone goes while Nidhi tells the ladies that she wonders how Imlie decide to stay back.

Aditya apologises to Malini while she goes to sleep.

Next morning, Aditya tries to apologise to Malini but she tells him to bring back Imlie form her home.

Meanwhile, Anu berates Imlie while Dev tells her that he is going to bank and will paint with her later.

Dev comes home and tenses finding out that Imlie is cleaning studio room in fear that she might see Mithi's portrait.

Anu thinks her plan will work while Dev sees Imlie holding the picture.