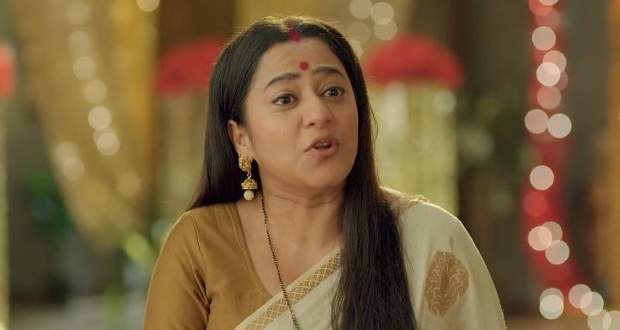 Meanwhile, Malini argues with Anu who says that she just wants justice for her.

Radha and Aparna voice their fear of what society will think but Aditya stops them.

Harish accuses Imlie of having bad intentions while hurts her emotions.

Aparna stands in front of Imlie and insults her mother as Aditya tries to stop her.

Imlie tries to stand up for herself but Aparna ignores her words and calls her a snake.

The elders of the Tripathi family leave while Nishant consoles Aditya.

Elsewhere, Anu allows KC to go meet Malini and tells Dev that she will use him to keep Malini away from the Tripathi's.

Imlie talks to Sundar who encourages her and lifts her mood.

Meanwhile, Malini gets shocked seeing KC and wonders why Anu allowed him to meet her after talking with him.

She gets worried wondering if Tripathi family will accept Imlie as he praises her for accepting their relationship and asks her if she wants to move on.

Upcoming Imli episode update: Imlie gets kicked out of the Tripathi house.