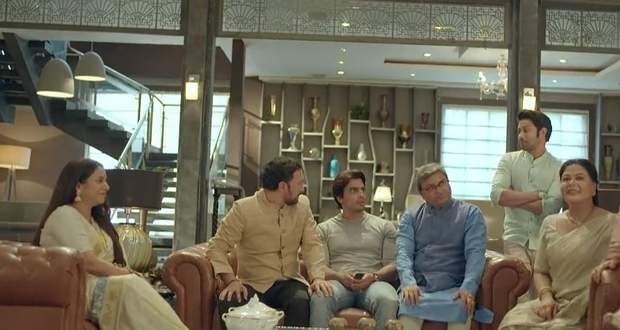 Today's Imli 12 June 2021 episode starts with Radha and Pankaj thanking Imlie for her help and for rescuing them from the police station.

Meanwhile, Imlie cheers everyone up by saying that they will celebrate Aditya's birthday on a grand note.

Further, Malini gets furious with Anu as she reveals how did she get the Tripathis arrested and put them behind the bars.

Anu tells Malini that she got successful in doing it but Imlie blackmailed her with the footage and she had to take back her complaint.

Later, Imlie, Sundar, and Nishat go to Imlie's college to receive the catering order that Imlie had placed for celebrating Aditya's birthday.

In the twist of events, Nishant encounters his past in front of him and he gets surprised as he sees Pallavi who is his past girlfriend.

Imlie gets curious on seeing Nishat getting stunned looking at Pallavi and she senses that there is some connection in between them.

On the other hand, Malini rejoices her past moments spent with Aditya and gets emotional as she finally decides to divorce Aditya.

Imlie plays a small act where she appreciates Aditya and his work which makes Aditya happy.

After some time, Malini enters the Tripathis' mansion and everyone gets surprised seeing her.

Upcoming Imli episode update: Aditya and Imlie decide to reveal their relationship to the family.