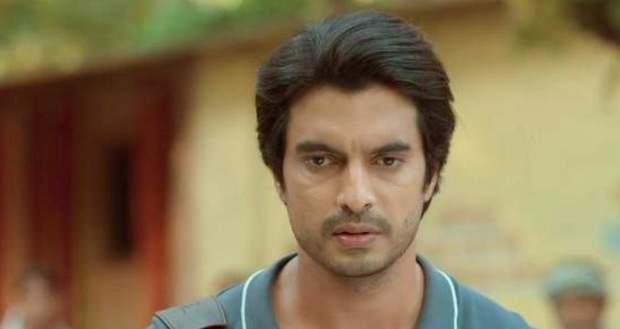 Today's Imli 12 March 2021 episode starts with Imlie saying that she is going to Satyakaam's house as there is a lot of disturbance while Prakash tells her that he will join her.

However, Satyakaam stops her and tells them to study at her home only and tells Adotya to teach her.

Malini talks about her relationship with Aditya to Nishant and tells him that she is worried while Nishant consoles her.

Mithi tells Imlie that she only had the flour of two roti's and tells Imlie to give it to Aditya while he overhears them.

He makes Mithi sit with him and shares half of this food with her saying that he can't eat that much.

He makes small talk with Mithi and tells Imlie that he will eat from her plate to longer her life which shocks him.

Meanwhile, Malini recalls Aditya's words and realises that he is hiding something from her.

Aditya teaches Imlie how to pronounce Pythagoras formula while she asks him why he is there.

He requests her to come with him to Delhi while she denies saying that he will get her married there and tells him to leave her as she is.

Aditya gets angry and says that he will go right that moment while Imlie tells him that it is late.

However, Imlie purposefully pronounces the words incorrect and Aditya tells her that he will teach her the night and she has an exam and will leave the next morning.

The next morning, Dulari taunts Aditya and Imlie seeing her sleeping while holding his hand.

Aditya has difficulty with the hand pump while Imlie helps him.

Meanwhile, Mithi and Prakash tell Satyakaam that they feel like Imlie amd Aditya are in turmoil.

Imlie is about to go inside while Aditya gets bitten by a snake.