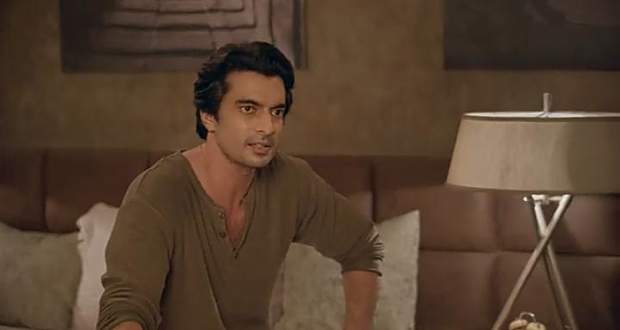 Today's Imli 12 October 2021 episode starts with Imlie figuring out a way to get back the form to its original state.

Imlie carefully gathers the torn pieces of the form and rejoins them with sticky tape.

Luckily, when she makes a photocopy of the same she gets the exact print of the form.

On the other hand, Meethi makes a smart move and removes the heels height part and wears them as normal sandals.

Later, at the dining table, Malini purposefully drops kheer on the internship form kept besides Aditya.

He will ask the authorities to give her the appointment letter directly.

Further, Harish accidentally falls on the ground and gets hit badly. Everyone tries to lift him.

At the same time, Aditya skates and Imlie supports him from falling.

Malini gets envious looking at Aditya and Imlie together.

© Copyright tellybest.com, 2020, 2021. All Rights Reserved. Unauthorized use and/or duplication of any material from tellybest.com without written permission is strictly prohibited.
Cached Saved on: Wednesday 13th of October 2021 11:49:22 PMCached Disp on: Thursday 21st of October 2021 08:06:09 PM