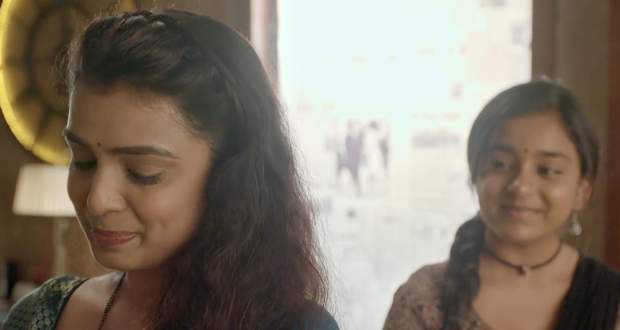 Today's Imli 13 April 2021 episode starts with Imlie giving good news to Satyakam, Mithi, and Prakash that she has decided to take admission in the City College and soon she will become a class one officer.

Later, Malini gets excited about going on a dinner date with Aditya to spend time with each other.

Meanwhile, Dev and his mother feel proud to see that Imlie will be soon on TV for her interview.

In-office, Aditya gets into an argument with his mentor as he delegates the task of taking Imlie’s interview to another reporter.

Aditya tells his mentor that he himself will be conducting Imlie’s interview this makes the other reporter envious of Aditya.

Further, Malini gets upset with Aditya as he cancels their dinner date to take Imlie’s interview.

Imlie listens to Malini and Aditya’s conversation and feels bad knowing that she is the reason for the argument between them.

Later, Malini gives her sari to Imlie to wear in her press conference and praises her for her achievement.

Upcoming Imli (tomorrow) episode update : Imlie reveals that she is married in front of the press conference.

© Copyright tellybest.com, 2020, 2021. All Rights Reserved. Unauthorized use and/or duplication of any material from tellybest.com without written permission is strictly prohibited.
Cached Saved on: Sunday 9th of May 2021 04:29:47 AM