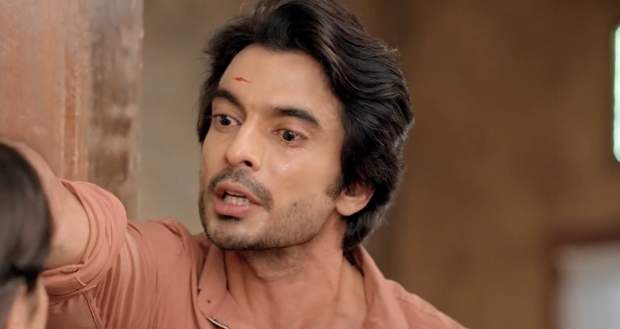 Imli 13th December 2021 Written Update: Aditya to have no relation with Imlie

Today's Imli 13 December 2021 episode starts with Aditya fighting in the middle of the road when some people say that he is dreaming about his wife in the mid of the traffic.

On the other hand, Aparna prays in the temple for Aditya’s future.

Meanwhile, Aryan calls Imlie to his office and asks her to go home and rest but she rushes to Aditya as she sees him fighting on the television.

Later, Malini tries to leave for abortion but the family tries to stop her and Ruby suggests her marriage while Aditya returns home.

Aditya says that Imlie is busy planning her life with Aryan.

Malini appreciates Imlie that at least she has moved on in life unlike her. She says it is better to abort a fatherless child and move on in her life.

Malini says that when Aditya could not be her husband why should she be his child’s mother.

At the same time, Imlie shows up at Aditya’s place and Aryan follows her.

Aditya surprises everyone by declaring that he is marrying Malini and asks Imlie about the divorce papers.

Aryan hands over the divorce paper from Imlie’s bag to Aditya.

Aditya asks Imlie to forgive him and Imlie also apologizes to Aparna and Aditya.

Meanwhile, Imlie claims that Aditya never trusted Imlie and also apologizes to herself for the wrongs she did to herself by handing over Aditya to Malini, by spending her life like a maid in Aditya’s house, by thinking about everybody else except herself.

Later, Imlie signs the divorce papers and congratulates Aditya for his wedding with Malini, and leaves from there.