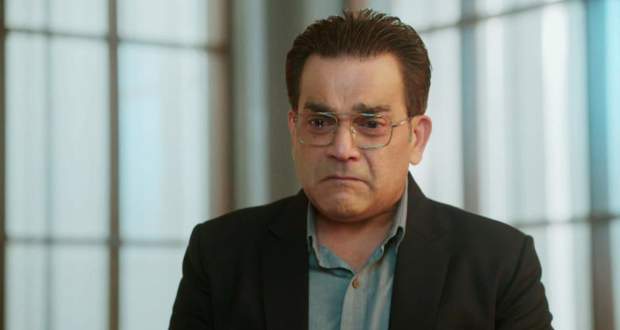 She asks him if he knows her mother while suddenly Dev's mother comes there says that he does not know her.

She shows her other paintings of Pagdandiya while Anu comes there and asks her if she saw all the paintings.

Aditya comes there and tells Imlie to pack her bags as he is here to pick her up while Anu rebukes him.

Dev takes him to have breakfast while Aditya gets a call from Mithi and talks to them.

They ask for Imlie while Aditya tells them that she is not present and goes to look for her.

He says her name while Mithi realised that it is Babusaheb as he cuts the call.

Mithi leaves from there while Satyakaam goes after her.

Impie desperately calls Mithi but gets disappointed knowing that she and Satyakaam left from there.

Aditya bids goodbye to everyone and goes out while Imlie tells him that she doesn't know how to sit on a bike and falls.

Aditya berates her amd makes her sit like Malini on the bike while Anu video calls Malini and shows her the scene while trying to incite her against Imlie.