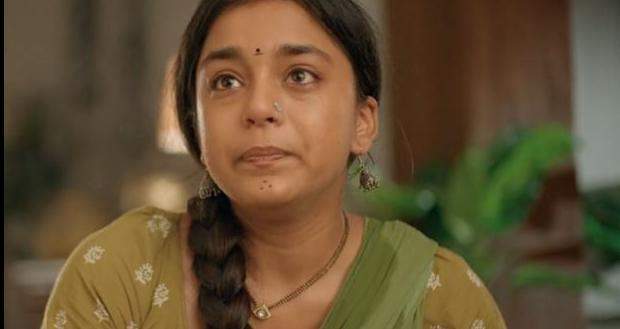 Today's Imli 13 July 2021 episode starts with Imlie trying to study and getting frustrated while Aditya comes there and calms her.

He tells her to not blame herself as it was his fault cause he failed to save her from Anu.

He talks about leaving the house if they don't accept their relationship while Aparna and Pankaj overhear their conversation and make a decision to kick out Imlie.

The next morning, Aparna and Radha throw water on Imlie to wake her up and order her to pack her belonging.

Aparna and Radha make her leave while Rupali stops them and shouts for Aditya.

He argues with Aparna while Radha orders Sundar to throw out Imlie's belonging.

However, he refuses to do it when Aditya stops Imlie and brings his belonging to go along with Imlie.

Aparna throws Imlie's belongings but Malini comes there at the same time.

Aparna takes her inside while Rupali brings Imlie into the house.

Malini talks to Aparna about Imlie as Aditya puts Imlie's thinkg back in their place.

Malini asks Aparna if Imlie's status is the problem and reveals that Imlie is her sister.

Malini leaves saying that she can't support their decision against Imlie.

Upcoming Imli episode update: Aditya makes Imlie live with him in his room shocking the Tripathi's.

© Copyright tellybest.com, 2020, 2021. All Rights Reserved. Unauthorized use and/or duplication of any material from tellybest.com without written permission is strictly prohibited.
Cached Saved on: Monday 3rd of October 2022 11:16:50 AMCached Disp on: Friday 7th of October 2022 02:06:13 PM