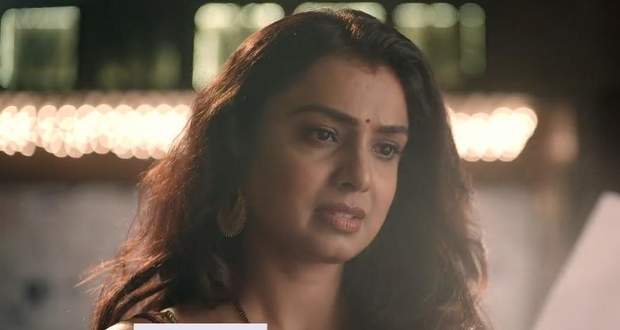 Today's Imli 13 March 2021 episode starts with Aditya getting bitten by a snake while Malini gets a nightmare about him and wakes up shouting his name.

The Tripathi's try to console her while she starts crying.

Imlie asks him what happened while he hides the snake bite from her thinking that she won't go to give her exams if she knew.

She leaves for college with Prakash while Aditya falls on the bed and Mithi and Satyakaam tend to him.

Malini tries to call Aditya but the call doesn't connect while Imlie runs back home to see Aditya in an unconscious state.

She sits beside him and tries to get him to keep his eyes open while he apologises to her and says that he can't go without talking to Mun and falls unconscious.

Dulari checks his pulse and says that he doesn't have much time left while the doctor comes there.

Malini calls Aditya's boss but finds out that Aditya has not gone on any story but has taken a leave for 2 days.

Imlie ties Dulari's hands and mouth while the doctor says that he has given the anecdote to Aditya and he will be fine in a few hours.

Malini informs about Aditya's lie to everyone while he regains consciousness to see Imlie.

Malini tells the family that she won't call him anymore as her trust might brake while Aparna consoles her.

Upcoming Imli (इमली) episode update: Aditya to do the Pooja with Imlie.