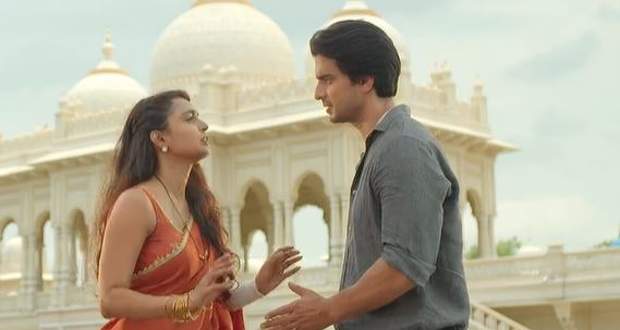 Today's Imli 13 May 2021 episode starts with Imlie crying while thinking about her mother.

Meanwhile, Aditya informs Malini about him and Imlie loving each other.

Malini confronts Aditya for lying to her and cheating on her. She is furious with Imlie and Aditya for hiding the truth about their affair.

Aditya condemns Malini for speaking against Imlie and informs Malini about his marriage with Imlie.

At the same time, Imlie leaves for Pagdandiya.

On the other hand, Aditya explains everything to Malini about his first visit to Pagdandiya and his forced marriage with Imlie.

Aditya tells Malini that he wants to accept his forced marriage with Imlie as he loves her.

Further, Aditya tells Malini about his decision of accepting Imlie as his wife which makes Malini heartbroken.

Malini thinks that she is between Aditya and Imlie while Aditya is relieved for revealing the truth and decides to give Imlie's right to her.

Imlie meets her mother and Satyakaam at the bus stop. Imlie asks Meethi about her father.