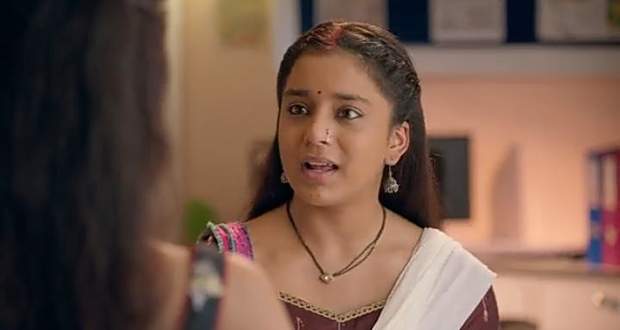 Meanwhile, most of the members had prior commitments to be completed.

So, it becomes an issue for Harish to manage the arrangements.

Further, Imlie comes forward and takes the responsibility for the Navratri festival's decoration.

At the same time, Harish tells Imlie that he is trusting her.He also tells Imlie not to let him down.

Moving forward, when the Tripathi's welcome Maa Durga's idols, everyone dances with joy.

Whereas, Malini gets envious looking at Aditya and Imlie dancing together.

Malini interrupts in between Aditya and Imlie. Fortunately, Imlie brings Malini out of the crowd as it might harm the baby.

During assembling the idols for pooja, one idol goes missing.

Everyone says that they saw nine idols.

Nobody knew where the ninth idol went missing.

In the meantime, Malini rushes to hide the ninth idol just to defame Imlie.

So that Harish gets upset with Imlie.

Upcoming Imli episode update: Malini searches for a place to hide the ninth idol while Aparna enters the room.

© Copyright tellybest.com, 2020, 2021. All Rights Reserved. Unauthorized use and/or duplication of any material from tellybest.com without written permission is strictly prohibited.
Cached Saved on: Thursday 27th of January 2022 02:25:28 PM