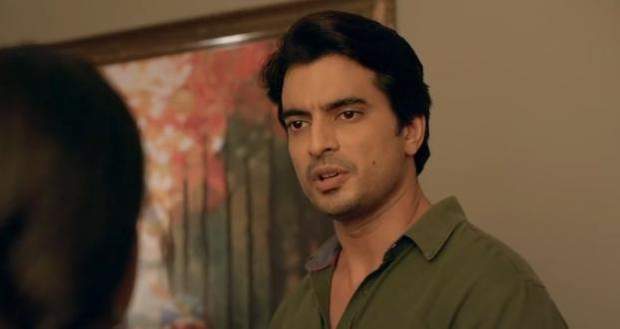 Today's Imli 14 July 2021 episode starts with Sundar bringing food for Imlie and telling her to eat but she refuses.

Aditya comes there and brings Imlie to the dinner table with everyone else to eat but everyone leaves from the table.

Aditya goes to talk to Aparna but she talks bad about Imlie and calls her illegitimate and cunning.

She says that if Imlie has to stay in the Tripathi house, she will have to stay as only a maid and not a daughter-in-law.

Aditya says that he will make sure Imlie gets all the rights as his wife and goes to Imlie.

He takes her towards his room and the family argues with him.

Imlie refuses to come into his room and he makes his bed in the hall near Imlie's bed hitting Aparna's emotions.

The next morning, Imlie talks to Mithi and is breakdown revealing how the Tripathi family is refusing to accept her.

Mithi advises her to win over the family's heart.

Imlie gets ready to go to the temple with Aparna and Radha but they refuse to let her come with them.

Aparna tells her to remove her Sindoor but Imlie says that she cannot do that.