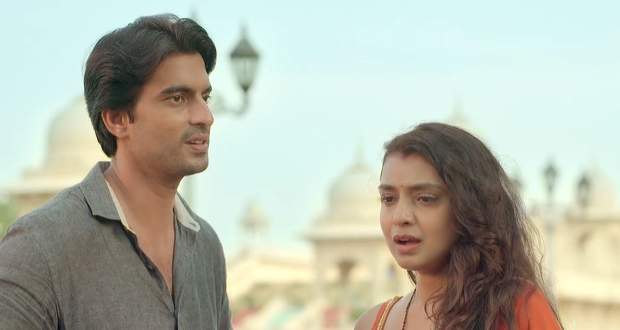 Today's Imli 14 May 2021 episode starts with Imlie asking Meethi about her father.

When Satyakaam asks Imlie about Malini, Imlie supports Aditya and says to them that she wants to stay with Meethi.

Imlie informs that she will study from Pagdandiya when Satyakaam asks her about her studies.

Meethi lies to Imlie that Satyakaam is her father. When Imlie asks Meethi to tell her the truth, Meethi convinces her that there's only one relationship for them and it is Satyakaam.

Malini expresses her displeasure to Aditya. Aditya has no answer when Malini asks him to forget about the forced marriage with Imlie and be her husband.

Dev and Dadi do not find Imlie in the house and question Anu about it. Anu tells Dev about Imlie agreeing to have a relation with Aditya.

Satyakaam comforts Imlie and tells them to leave for Pagdandiya.

After reaching home, Malini asks Aditya when he will be informing the family about his decision she does not want to stay anymore.

Malini lies to Aditya about her friend's name being Kunal Chauhan.

Upcoming Imli episode update: Aditya is injured and held at gunpoint by Satyakaam.