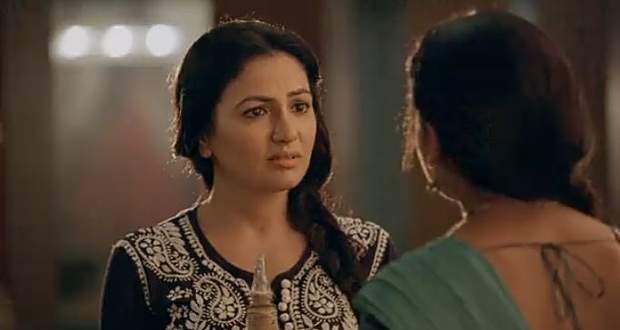 Today's Imli 14 October 2021 episode starts with Imlie and others noticing the ninth idol missing and Imlie going with the truck driver to see if it is left in the truck.

Meanwhile, Malini sneaks in the ninth idol into her room as the committee members tell Harish that they did a mistake by trusting Imlie as the society people will be coming soon.

Elsewhere, Aparna goes to Malini's room to give her medicines while Malini hides the idol and goes out of the room with her.

She sees Rupali crying in her room and comforts her while Rupali reveals that she is missing Pranav.

Rupali praises her saying that she is her soul sister and that Malini doesn't deserve her after which Rupali gives the dryer to Imlie and she leaves.

Later, Aditya tells Nishant to divert the committee members while he goes to the market to search for an idol and doesn't see Imlie drying the clay idol behind the truck.