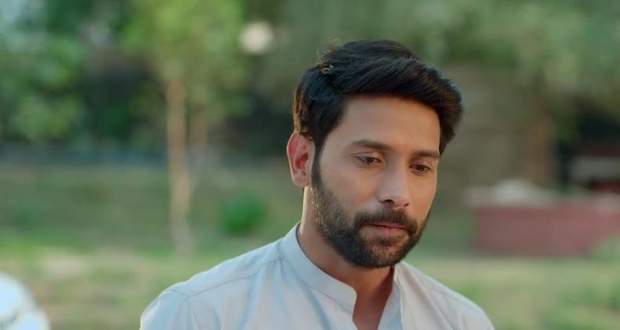 Today's Imli 15 February 2021 episode starts with Anu telling Malini that he is giving away her place to Imlie amd further tries to instigate her but Malini stops her and tells her to not try to instigate her again Imlie.

Malini tells her that she doesn't want to hear any negative thing today as Nishant is coming home and disconnects the call.

Elsewhere, Imlie hets motion sickness due to riding on a bike while Aditya tells her to look towards the sky to feel better.

Suddenly, the rain starts pouring and Aditya stops the bike at the side while Imlie tries to mock him by saying that he is scared of the rain.

Aditya says that doesn't like rain and that they are getting late while Imlie brings a Banana leaf do put over his head and tells him to start the bike.

Meanwhile, the Tripathi's are upset thinking that Nishant is not coming when they suddenly hear children's voices and go towards the source.

They reach to a clip of Nishant amd other's as a child while Malini convinces Harish to not be mad at Nishant.

Aditya and Imlie reach the front of the house when a car also comes at the same time and touches the bike.

Imlie reaches the doorsteps and looks back to notice Nishant coming out of the car and reuniting with Aditya.

He misunderstands Imlie as Aditya's wife but he corrects him and points to Malini and says that she is his wife.

He meets everyone while Harish says that they shouldn't get used to him.

However, Imlie threatens him that she will stop giving him tea and makes him reunite with Nishant.