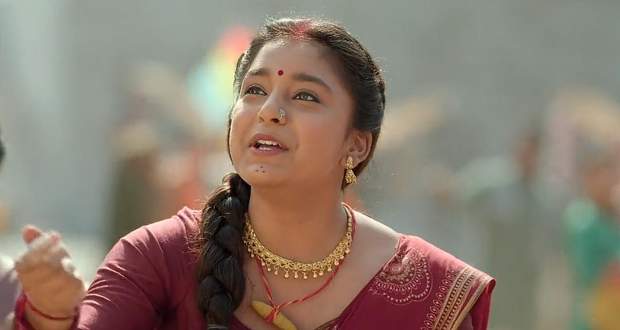 Today's Imli 15 January 2021 episode starts with Aditya doing his work while Imlie comes there amd asks him if he wants to fly kites with her amd the villagers.

He declines and she goes while the Tripathi's give gifts to those who are in need.

Aparna wonders where Malini is while she comes there with kites and says that everyone will fly kites today.

Elsewhere, Imlie is flying kites while she sees Aditya and gets upset.

Satyakaam goes to Aditya and convinces him to fly kites with them.

Malini imagines Aditya celebrating with her while Satyakaam incites Aditya and Imlie to have a kite flying competition with each other.

Their kites get tangled and the villagers chant their names together.

Rupali is crying while looking at her wedding album and Malini tries to console her.

Elsewhere, Aditya is scolding Imlie while he notices the cut on her finger and tells her to put antiseptic on it.

Later, Aditya gets ready for the government meeting with Satyakaam while Mithi comes there with a saint and tells him to do the last ritual before going.

Satyakaam tells him that he will wait for him and tells him to do the ritual.

The saint tells Aditya to put the holy leaf on Imlie's head recite the Mantra he says and take his wife's name at the last.

Aditya does the ritual and takes Malini's nickname.

Satyakaam's men point guns at Aditya while he asks him who is the girl he took the name of.

© Copyright tellybest.com, 2020, 2021. All Rights Reserved. Unauthorized use and/or duplication of any material from tellybest.com without written permission is strictly prohibited.
Cached Saved on: Tuesday 2nd of March 2021 09:00:17 AMCached Disp on: Wednesday 3rd of March 2021 11:03:22 AM