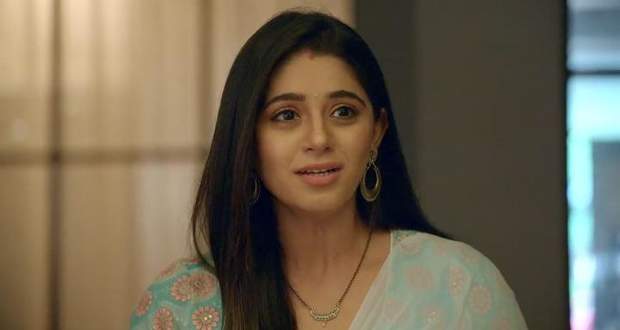 Today's Imli 15 July 2021 episode starts with the neighbor lady greeting Aparna and Radha and asking them if they got Imlie married.

They lie and the lady leaves with Aparna and Radha while Dev stops Imlie.

He offers to take care of her but she refuses to say that she is married to Aditya and will stay with him.

She further argues with him and leaves.

Aditya notices something strange in her and asks her if she went with Aparna and Radha and which Imlie says no.

He further requests her to not beg for the family's love as it is they who cannot accept her as their daughter-in-law.

Elsewhere, KC asks Malini about what is she hiding, and she tells her trip to Tripathi's house.

Harish drinks the tea but throws the cup away realizing that it is made by Imlie and tells her that he never wants to drink the tea made by her.

KC manages to make Malini admit that she is still in love with Aditya as she has a breakdown.

Meanwhile, Aditya, Nishant, Pallavi, and Rupali talk in support of Imlie against other family members.

Later, Aparna says that Imlie is not allowed to attend Pallavi's Muhdukhai and Aditya argues with her saying that he will attend only if Imlie comes with him.

At the same time, KC makes Malini promise to not go to Tripathi's house.