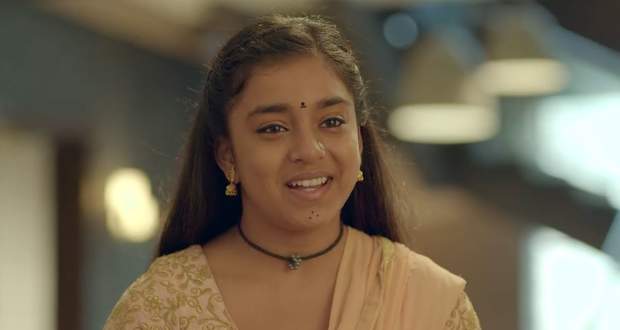 Today's Imli 15 June 2021 episode starts with Imlie asking Nishant not to worry about his illness as they all are there to take care of him.

Later, Imlie learns from Twinkle that Nishant and Pallavi broke up few years ago.

Further, she goes to Pallavi and tries to observe through Pallavi's reaction whether she still misses him or not.

On the other hand, Imlie tries the same trick with Nishant and gets successful.

Imlie comes to know that both still love each other are their reunion is mandatory.

After some time, Aditya requests Malini to postpone their divorce.

He tells Malini that Nishant has cancer and everyone is worried at home which makes Malini emotional and she agrees with Aditya.

Meanwhile, Kunal gets warned by Anu and Dev for being in relationship with Malini.

Kunal comes to know that Aditya is Malini's husband and she is taking divorce from him.

Upcoming Imli episode update: Imlie says I love you to Aditya and the Tripathi's ovearhear it and ask for an explanation to Imlie.