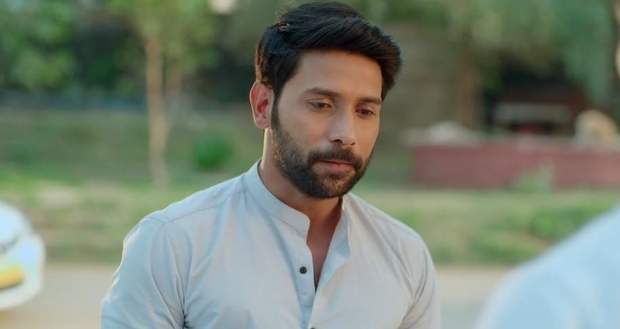 Today's Imli 15 March 2021 episode starts with Aditya asking Imlie why she hasn't gone to give her exam yet and tells her to go while she denies saying that she can't leave him in this state.

He tells her that he will leave Pagdandiya at that moment if she doesn't give her exam and she agrees while Mithi says that Prakash and Satyakaam are not present at home.

Elsewhere, Malini tells the Tripathi's that she is not only angry but hurt also as Aditya has hurt the whole family by lying to them.

Aditya tells Mithi to give the keys to Satyakaam's bike and he leaves with Imlie to reach college.

Malini remembers Anu's words and thinks that she should not believe her words.

Imlie keeps telling Aditya to stop has his leg is hurting while he tells her to remember the day there were on the bicycle and tells her that they would not have to suffer if he had not stopped that day.

He says that he will not become weak and will make her reach the college while Imlie's teacher tells the principal to wait five minutes for Imlie.

Malini consoles a crying Aparna and says that she will go to Aditya's office to get a clue on where he has gone while Nishant offers to come with her.

Aditya argues with the administrator and makes him let Imlie go for the exam after which he wishes luck to Imlie for her exams.

Malini and Nishant reach Aditya's office where they overhear Jailendra telling Aditya's boss that he was forcefully married in Pagdandia by the villagers.

The administrator asks Aditya what is his relation with Imlie and Aditya replies that she is his wife while Imlie overhears them.

Upcoming Imli (इमली) episode update: Aditya and Imlie to do Pooja together.