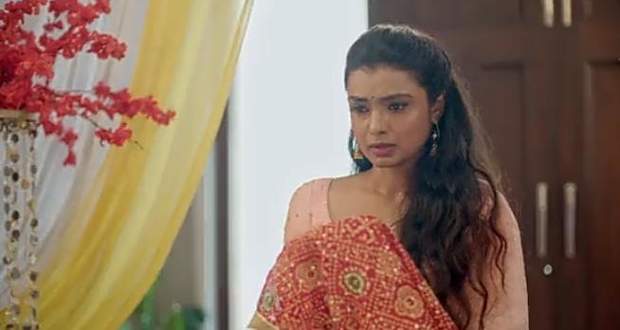 Today's Imli 15 October 2021 episode starts with everyone keeping Mr. Shukla busy in activities so that Imlie gets time to prepare a new Durga Maa idol similar to the previous one.

Imlie gets emotional and requests Malini to stop weaving plots against her.

Unfortunately, Malini says with a determination that she will not share Aditya with someone else at any cost.

Additionally, Malini tells Imlie that she will do everything that keeps her away from Aditya.

Further, Mr. Shukla gets furious as he comes to know that the missing idol is not yet found.

Fortunately, Aditya brings in the idol and confronts Imlie by saying that it was his mistake.

He unknowingly forgot to bring the last idol in the house.

At the same time, Aditya's informer gives him a great tip about a smuggling case.

Aditya pursues it and invites danger on his way.