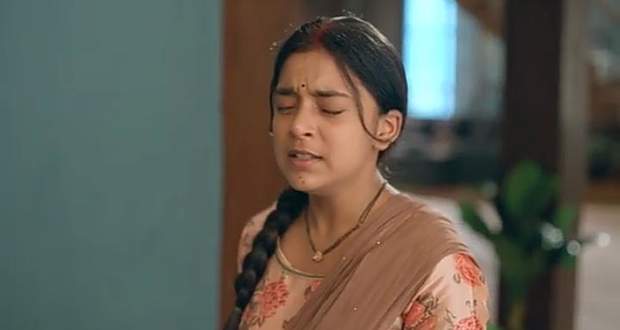 She leaves with Mithi and Dulari bout notices a piece of her saree hanging from Anu's car and gets curious.

She opens the car with the help of a pin and gets shocked seeing the saree burnt.

She figures out Malini and Anu's plan.

Later, Malini is telling Aditya to accept their date and compromise with her saying that they will learn to live with each other.

However, they all suddenly hear the sirens of police and think that Anu called them when she clarifies that she didn't do it.

Police entered the house and the family members tell them that Aditya didn't do anything when the officer tells Malini that she is under arrest shocking everyone.

Imlie enters and reveals to everyone that she is the one who has filed the complaints against Malini for tricking her boyfriend and spending a night with her.

The family starts arguing with her while Aditya tells her to not blamed Malini without any proof like before when Imlie says that she has proof and shows the half-burnt saree.

Anu comes up with a fake story while Imlie tells her to not lie when the police tell everyone that they have to take action and take away Malini.

Police leave with Malini and Anu and Dev go after them while Aparna and Harsh rebuke Imlie for making Aditya the victim.