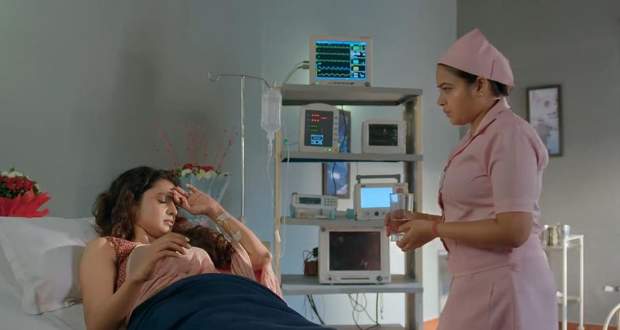 Today's Imli 16 December 2020 episode starts with Dev asking Imlie about his mother and her getting angry at him.

Imlie sees the invitation card for Aditya and Malini's wedding which makes her feel sad.

Meanwhile, Aditya shows Malini his camera pictures that she is about to know a truth that might hurt her.

The Tripathi's and Chaturvedi's show each other their invitation cards and Anu taunts Aparna for being not high standard.

Aparna tells Imlie to read the poem she wrote for the invitation card while Dev praises her.

Elsewhere, Aditya reveals to Malini the incidents which took place in Pagdandia and tells her that he was forcefully married to Imlie which leaves her shocked and she falls unconscious.

Imlie does the Pooja of the invitation card while Malini is taken to a hospital with Aditya behind her.

Aditya calls home and Imlie picks up after which he tells her to bring a card from his wallet and tell her the digits on it.

The nurse tells Aditya that the patient is asking for him and Imlie overhears them.

The doctor tells Aditya that Malini suffered an anxiety attack and to not stress her.

Malini asks Aditya if what he said about Imlie is true or not and he lies to her saying that he can never think of marrying that crazy girl while Imlie comes there and overhears them.

Aditya apologizes to Imlie but she brushes it off saying she didn't hear anything he said and gives him his wallet.

He tells that he revealed the truth to Malini but she couldn't handle it so he had to lie.