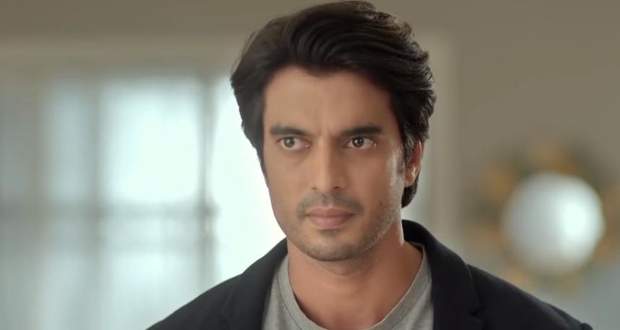 Today's Imli 16 February 2021 episode starts with the Tripathi's having a family hug.

Nishant asks Imlie for her name and she introduces herself to him when he says that he'll call her cool dude.

Malini asks Aditya why he is wet while he recalls everything to her and tells her that he wanted to meet Nishant first.

Later, Imlie and Sundar fight over whether to make coffee or tea while other ladies bet on it.

Meanwhile, Aditya is about to tell Nishant that he is married to Imlie while the whole family comes there and asks Nishant if he wants coffee or tea.

Nishant thinks that he is also keeping a secret but Aditya needs him first.

He tells Imlie that he wants water and she goes while Aditya tells him that he will talk to him about the matter later.

Elsewhere, Mithi cries seeing the dolls of Dev while Satyakaam comes there.

She reveals to him that Dev called and says that he might want to know about his daughter, Imlie which anger him.

He tells her that Dev was not there in Imlie's important moments and he will not let him invade either her or Imlie's life while destroying the doll of Dev.

Meanwhile, Nishant is looking through his files with a suitcase full of medicines beside him while Imlie notices it and asks him about it.

He says that it is due to weather change and tells her to not tell anyone about it while Aparna amd Radha comes there.

They leave while Imlie sees Nishant hurriedly packing the medicines into his big suitcase.