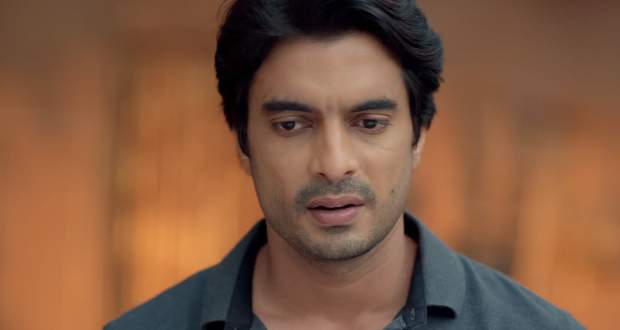 Today's Imli 16 January 2021 episode starts with Aditya taking an oath to stay true to his relationship. He accidentally takes Malini’s name and is held at gunpoint.

Imli lies that Aditya calls him Mol as a nickname. Imli also takes the oath and takes Aditya’s name at the end.

Imli is cornered by her friends and is asked about her in-laws. Imli praises Aditya’s family while Aditya overhears their conversation.

Rupali is upset at something while Aparna makes a plan to cheer her up. She asks her to open gifts while she gets even more upset to see a gift from Pranav’s family.

She gets upset with her father for inviting Pranav’s family. Rupali gets upset and remembers the betrayal given by Pranav.

She shares that Pranav had cheated on her while Malini gets shocked to listen to her. Rupali’s father wishes to return Pranav’s gift while Rupali starts crying and goes to her room.

Elsewhere, Malini waits for Aditya’s call and receives a call from her mother. Her mother gets upset to learn Aditya has not called her yet.

She calls Aditya and asks her to call Malini. Dev overhears Mithi’s voice and recognizes it. Satyakam tells Aditya that the meeting will take a little longer.

Aditya feels uncomfortable while Mithi thinks there is something wrong with her arrangements. Satyakam asks Aditya to have food and then they can leave.

Upcoming Imli episode update: Imli brings milk for Aditya and he misunderstands her.

© Copyright tellybest.com, 2020, 2021. All Rights Reserved. Unauthorized use and/or duplication of any material from tellybest.com without written permission is strictly prohibited.
Cached Saved on: Thursday 4th of March 2021 08:50:14 PMCached Disp on: Friday 5th of March 2021 09:26:29 PM