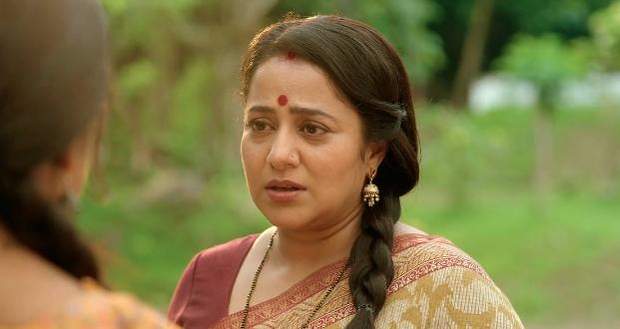 Today's Imli 16 July 2021 episode starts with Imlie talking to Aditya and telling him that she shouldn't come to the Muhdikhai function as the family doesn't want that.

Aditya tells her to not back down due to pressure and starts informing the college students that he is Imlie's husband.

She stops him and he makes her promise to come with him to the function.

Meanwhile, Aparna calls Malini and lies to her that Aditya wants her to come to Pallavi's function and she agrees but feels guilty.

The next day, Radha behaves rudely with Imlie during preparations and tells her to not attend Pallavi's function.

Elsewhere, KC goes to Malini's house and gets upset realizing that she went to Tripathi's house even after promising him not to.

Aparna gives Malini a customized saree and requests her to wear it while Malini pleads with her to accept Imlie as her daughter-in-law.

Imlie makes an excuse to not attend the function but Aditya catches her lie.

During the function, a few ladies speak badly about Rupali being in Maika for many years and Aditya getting divorced.

Aparna goes there and tells them that Aditya's marriage is still intact and points towards Malini.

Rupali takes Aparna to the side and angrily asks her why she invited Malini.

Upcoming Imli episode update: Aditya reveals the truth in front of the guests.