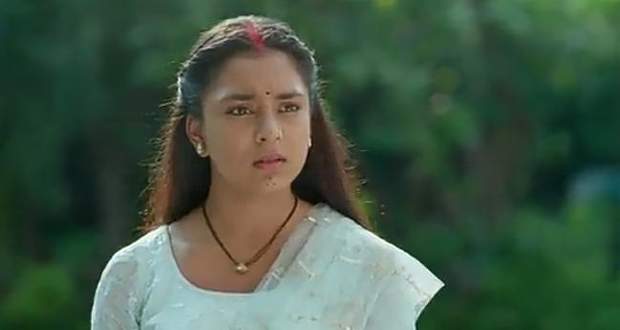 Today's Imli 16 October 2021 episode starts with Aditya recording the footage in which smuggler head Pasha and MLA both discuss their illegal plans.

At the same time, Malini calls Aditya. The smugglers get alerted and Aditya gets caught.

He hurriedly captures the recording. Aditya faces huge difficulty while absconding from the smugglers.

While escaping, he hurts his feet badly as he jumps from a huge distance.

Later, Aditya comes back home and everyone gets relieved seeing him safe.

Further, the MLA calls Anu for help. Anu, assures MLA that his work will be done.

Meanwhile, Anu calls Malini and tries to tell her a plan to execute her mission by making Malini a medium to reach till Aditya.

Meethi thinks that Anu is planning to trouble Imlie again. So, she puts the TV volume high so that Anu couldn't hear properly.

On the other hand, Aditya trusts Imlie to hide the

evidence that he collected against the smugglers. Malini gets determined that she will do Durga Aarti with Aditya itself.