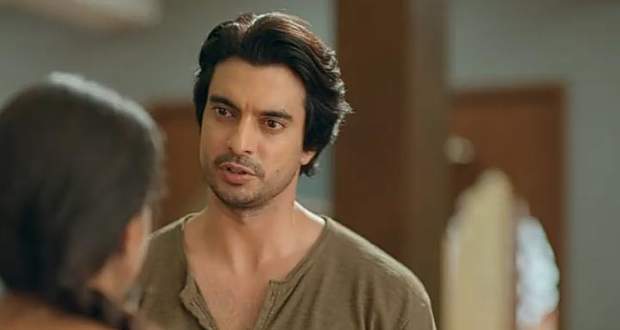 Today's Imli 16 September 2021 episode starts with Aparna scolding Imlie and telling Aditya to put some sense into her.

Aditya stands up and drags Imlie out of the house while everyone looks on.

Outside, he tells Imlie to withdraw the case and she refuses while Malini's parents and she are sitting with a lawyer.

Dev asks Malini to tell him the truth and she rebukes him for doubting her while Aditya explains to Imlie that they don't have enough evidence but she refuses to do so.

Later, Dulari tries to joke around while Aparna says that everything had happened with Aditya and Malini's consent.

Just then, Malini and Anu come there, and Malini cries while Anu tells Aparna to make Imlie take back the case.

Anu tells Imlie to take back the case as she won't even be able to get a lawyer when Kunal suddenly enters and announces that he will fight Imlie's case.

He says that Malini will definitely go to jail if she is found guilty while Aditya asks Kunal why he took this case as he takes the case only if he is sure about his side being innocent.

Kunal says that he took the case because he knows Malini well and asks the family members to recall what happened that night.

However, Harish tells him that no one will help him and takes the family inside while Aditya says that he doesn't remember anything from that night and leaves.

Elsewhere, Malini gets scared and Anu consoles her while Kunal asks Imlie if she is ready to fight against her sister and she says that she can do anything for justice.