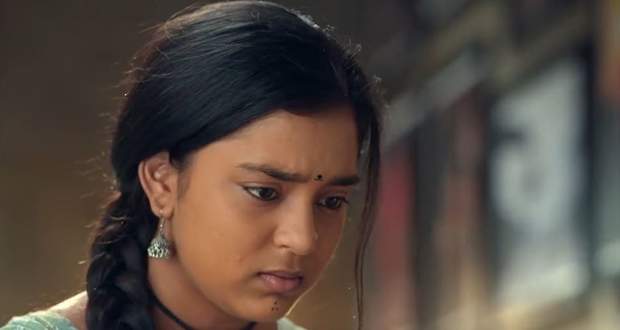 Today's Imli 17 April 2021 episode starts with Imli asking Aditya to have medicine. Aditya talks rudely to her. He tells her that it is not correct to deceive Malini and tells her to let him tell the truth.

Malini is shocked to see Aditya taking medicine from Imli's hands. She asks him why he didn't listen to her when she asked him to take medicines.

Malini asks Imli not to interfere between wife and husband and tells her to leave while Aditya taunts Malini.

At Pagdndiya, Prakash comes to meet Meethi. Prakash tells the truth about Aditya to Meethi in an intoxicated state.

Malini thinks that how their relationship had changed and compares her relationship with her mother's relation. She decides to become strong and fight for her marriage.

Meethi is shocked to hear about Imli and Aditya. She breaks down.

Everyone laughs at Imli when they see her practice for her first day of college. Then they encourage her.

Aditya asks Imli to sit in the car. He gives her his watch.

Malini comes there and asks Imli why she had wore Aditya's watch. Aditya tells her that he gave it.

Malini tells Aditya that she will drive. Aditya tells her that it is ok as he informed at his work that he will be late as this is also important.

Malini tells Aditya that now he had realised that there are priorities other than work in life. Aditya senses a change in Malini's behaviour.

Malini spots sindhoor on Imli's forehead and confronts her. She removes it, but Imli puts it again.