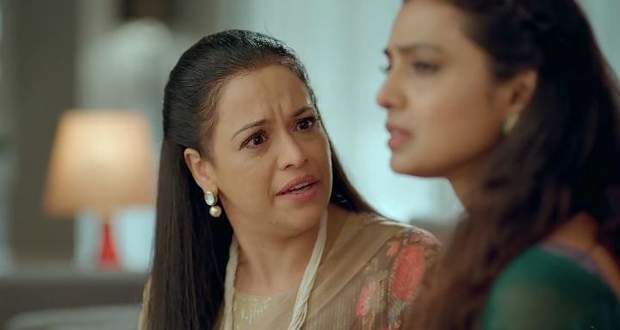 Later, to spend time with Aditya, Malini weaves a ploy.

Malini asks Imlie to stay with her mother while she and Aditya leave to go back home.

On the other hand, Meethi gains consciousness back and she gets surprised to be at Dev's house.

Further, Anu makes Imlie and Meethi eat with the housekeepers.

At Tripathi's house, Malini cooks for Aditya so that he doesn't eat the food made by Imlie.

After some time, Malini makes a promise to herself that now she won't let Imlie come back to the house.

Upcoming Imlie episode update: Malini and Imlie get into a heated argument..