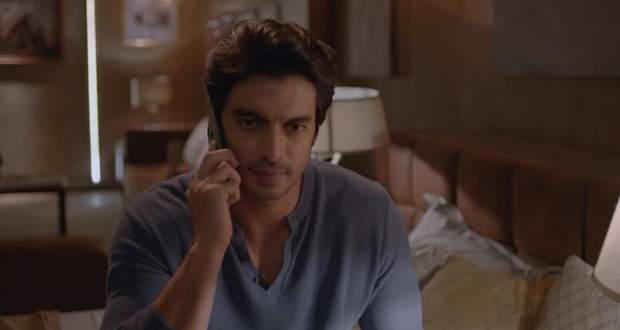 Today's Imli 17 December 2020 episode starts with Imlie telling Aditya to not worry about Malini and that she is always with him in any of his decisions.

Aditya gets a call from Satyakaam which confuses him as to who gave him his number.

Aditya goes to Imlie and accuses her of sharing his number with Satyakaam after which he tells her that she is going back to Pagdandiya on the day of his marriage.

Elsewhere, Mithi stumbles upon a clay doll and remembers Dev.

The next morning, Tripathi ladies are choosing Sarees to wear at the wedding and ask Imlie to choose one for herself.

Imlie refuses and Aparna chooses one for her saying she must wear it.

Imlie open's the door and a young man named Sundar says that he is here for work but she misunderstands and tries to close the door on him when the family arrives.

Aditya reveals to everyone that he hired Sundar to work in the house there will be more work due to marriage.

Sundar calls Imlie as Gawar (Villager) and they got into a fight after which the family tells him to make tea for the family.

Imlie adds a lot of sugar to the tea when Sundar is away.

Twinkle asks if she can drink tea but is denied.

Imlie sees that Twinkle is about drink the tea and realises that she has diabetes and rushes to stop her from drinking the tea.

Upcoming Imli episode update: Imlie and Twinkle to be punished.