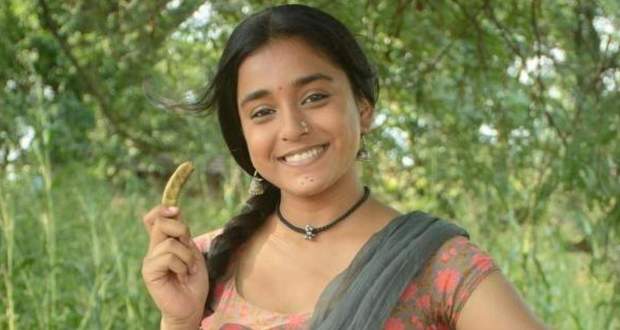 Today's Imli 17 March 2021 episode starts with Malini opening the room and the rose petal trail leads to the hall with happy Bhabhi day.

Nidhi and Rupali gift her the wedding album while Malini gets emotional seeing her and Aditya's pictures.

The family consoles her after which they all dance while Aditya calls the house.

Malini says I love you to her after which Aditya in for her that he will stay back one more day and keeps lying while Malini slams the receiver down and locks herself in her room.

She cries seeing the picture of her and Aditya.

Later, the priest tells Imlie that both the married man and women need to be present for the Pooja while Imlie thinks to not force Aditya.

She fights with the Priest while Aditya manages the situation.

Malini gets a call from Anu who figures out that she is crying and consoles her.

Elsewhere, Imlie puts her hand over Aditya's and the Pooja starts while Malini watches the wedding cd.

Aditya takes Imlie's name as Imlie Aditya Tripathi while she looks at him.

At the same time, the recording stops right the moment before Aditya fills Malini's hairline.

She has an emotional burst.

The next morning, Malini informs the family that she is going I Anu's house to keep her company while the family tries to convince her to stay.

The Tripathi's have an emotional moment as they bid Malini goodbye.

Upcoming Imli (tomorrow) episode update: Aditya to burn his hands to keep his promise to Imlie.