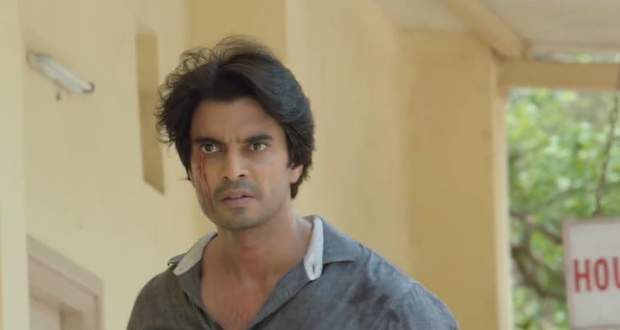 Meanwhile, Aditya searches for Imlie. He is hit by a bottle from somebody behind.

Aditya is injured by Satyakaam's men and Satyakaam holds him at the gunpoint.

Aditya tries to explain himself but Satyakaam does not listen to him.

At the same time, Imlie finds Aditya's watch and searches for Aditya.

Aditya and Satyakaam discuss about Imlie. Satyakaam tells Aditya that he is responsible for Imlie's sufferings.

Further, he informs Aditya about Imlie's decision of returning to Pagdandiya while Aditya tells Satyakam that he loves Imlie.

But Satyakaam is not ready to believe Aditya anymore and Satyakaam takes Aditya to kill him.

© Copyright tellybest.com, 2020, 2021. All Rights Reserved. Unauthorized use and/or duplication of any material from tellybest.com without written permission is strictly prohibited.
Cached Saved on: Thursday 27th of January 2022 03:14:13 PM