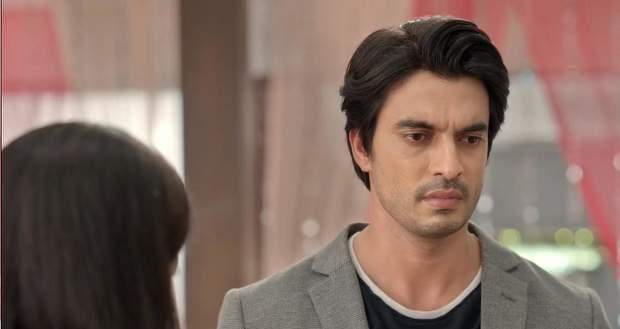 Today's Imli 18 January 2021 episode starts with Imlie patiently waiting for Satyakaam to wash his face while she holds the towel.

He asks her about her studies in college while Aditya comes there.

Imlie lies that she is in the city college after which Aditya and Satyakaam are about to leave when an injured man comes there suddenly.

He tells Satyakaam that police reached their hideout and encountered people there where he is sent to give the message.

Satyakaam angrily says that there won't be a peace treaty and girls gun from inside with his men behind him.

However, Imlie tries to stop him saying that it's the police's trap to catch him.

Aditya goes to the room gets shocked to see it decorated for Suhagraat.

Meanwhile, Imlie's friends push in into the room with a glass of turmeric milk in it.

Aditya starts berating her while she plays with him to keep the volume low so that no one heard them.

He calls her shameless and cunning and implies that she planned all this.

Imlie tells him to stop but he tells that she wanted this to happen so that the lie villagers believe of their relationship will become the truth.

Imlie defends her that nothing of her wish ever happened and reminds him that she kept pestering him that they will be late to reach home but he didn't listen on that rainy day which led to all the drama.

She tells him that he is going to live his life in the city while she will be stuck in the village with broken trust and no dreams.

She tells him that it would have been better if he had killed her instead of accusing her of trying to trick him into bed.

Aditya packs his bags and leaves while Imlie tries to stop him but fails.

Elsewhere, Harish is consoling a crying Radha who starts questioning if her way of bringing up the kids was not right.

Aparna comes there and tries to cheer her up.