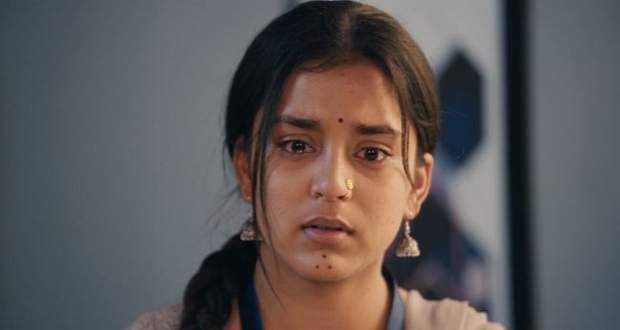 Today's Imli 18 January 2022 episode starts with Malini getting Imlie arrested on the conviction of being involved with the terrorist Aantak.

Meanwhile, in Pagdandia, Aantak blasts a bomb in the village to scare Aditya and other people.

Imlie is in a completely disheveled state. She doesn’t know how to deal with the new trouble as she is focused on saving Aditya only.

Imlie reminisces Satyakam and his values.

Coincidently, Satyakam was kept in prison in the same police station as Imlie. He motivates Imlie and assures her that they will together save Pagdandia.

On the other hand, Aryan hires the topmost lawyer in the country to get Imlie out of the jail.

At the same time, some of the employees start gossiping about Aryan having an affair with Imlie that’s why he is so passionate about saving Imlie.

Aryan schools those employees. He tells them that Imlie is an inspiration for all including him.

Further on, Imlie, with the help of Satyakam, succeeds in fooling the police officers and elopes from the police station.

Meanwhile, Narmada and Arpita go to meet the Tripathi family to provide their emotional support in their time of need.