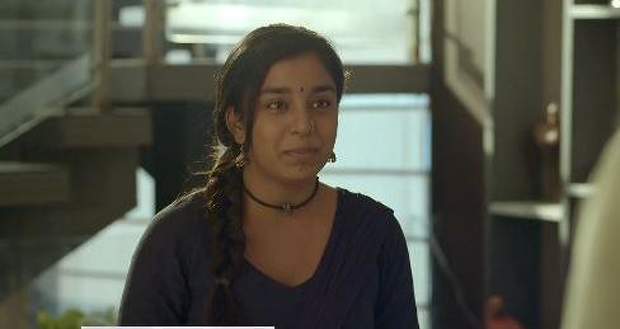 Today's Imli 18 June 2021 episode starts with Imlie talking to her mother over the call but as soon as she sees Aditya coming from behind she starts speaking in English.

Meanwhile, Imlie gets frustrated because of Aditya's punishment for speaking in English.

Later, she tries to speak in English in front of the Tripathi's but they all start laughing listening to her.

Further, Aditya makes Imlie understand that speaking in English is not very hard.

He tells her that he will help her out by correcting her wrong pronunciation and grammar errors.

Imlie feels encouraged and she starts learning English with enthusiasm.

After some time, Aditya brings lunch for Imlie as she was continuously studying for her English exam.

Imlie expresses her love for Aditya by saying that he always supports her.

In the twist of events, the Tripathi's overhear Imlie saying I love you to Aditya and ask Imlie for an explanation.

To handle the situation, Imlie says I love to everyone and thank them for loving her unconditionally.

However, Aparna looks at Imlie and Aditya with doubtful eyes.

Upcoming Imli episode update: Radha slaps Imlie and tells her not to interfere in their house matters.