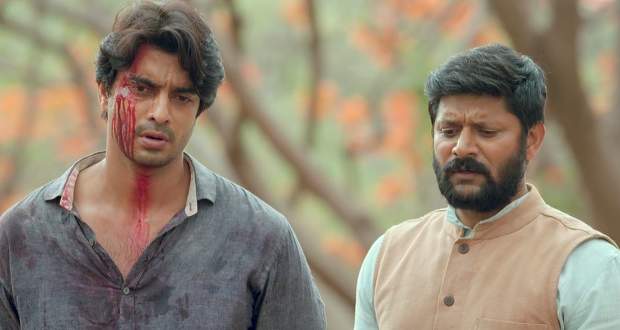 Today's Imli 18 May 2021 episode starts with Satyakaam taking to Aditya.

Meanwhile, Imlie is searching for Aditya.

Satyakaam pushes Aditya into a pit and covers him with the soil.

Imlie finds Satyakaam and confronts him about Aditya. She questions him if he had killed Aditya.

Meanwhile, Imlie snatches the gun from Satyakaam and threatens to kill herself if he does not tell her about Aditya.

Satyakaam shows her the place where he buried Aditya. Imlie digs the pit and brings Aditya out.

After Aditya regains consciousness, they hug each other. She recalls Anu's words and goes from there while Aditya asks her to come home with him.

Aditya tries to tell the truth but remembers Satyakaam's words and stops. He thinks that it is good for Imlie to return to Pagdandiya and tells Imlie that it is better to get separated.

Aditya and Imlie bid farewell to each other and go from there.