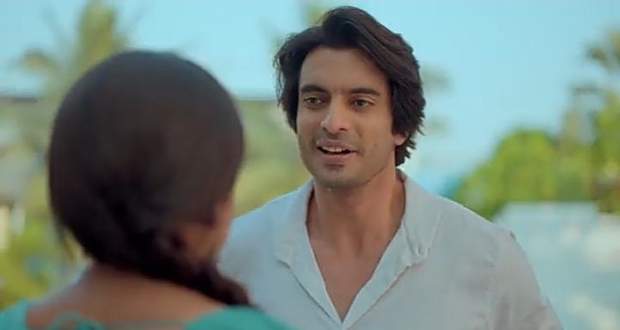 Today's Imli 18 November 2021 episode starts with Aryan discouraging Imlie and telling her to go back to work while he attends his mother's call.

He talks to his mother while Imlie cleans the inside of the car but falls unconscious and faints inside the backseat of the car.

Elsewhere, the Tripathi talks about going to Imlie while Aditya informs them that she has taken the internship in his company by the CEO.

Malini tries to instigate the Tripathi's saying that Imlie has already made a rich friend but Aditya scolds her.

Elsewhere, Aryan returns home and behaves nicely with Arpita while their mother tells them to fight and show emotions rather than being robots.

Malini again tries to instigate Aditya but he stands up for her when Malini leaves saying that Imlie can do anything since she shot her older sister.

Arpita sees Imlie unconscious in the backseat and goes to the check while scolding Aryan seeing the cloth and figuring out that he made her clean the car.

He brings Imlie outside and Aryan's mother questions about her while Aryan rudely talks about her and says to not give any attention to her.

Imlie regains consciousness and gets surprised seeing Arpita while Narmada introduces herself and thanks to her for helping Arpita.

They talk in English and get excited while Aryan comes there.