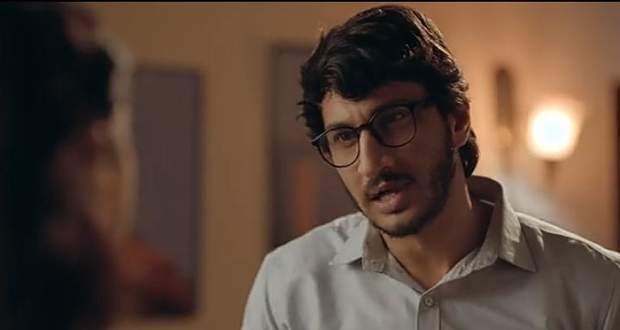 Today's Imli 18 September 2021 episode starts with Mr. Desai calling all the family members in the dais all of them saying that they don't remember anything from the mentioned night.

He further calls Aditya in the dais and asks him why he alleged Malini of forcefully getting intimate with him being his husband while Aditya says that his wife is Imlie.

Further, Mr. Desai confuses Aditya and tells the court that Aditya first played Imlie by marrying her and further married Malini for her money.

Kunal questions Aditya next and asks if he told the truth about Imlie to Malini and Aditya agrees saying that they even agreed to get divorced.

However, Kunal reveals to the court that Malini withheld the proceedings for the divorce which shocks everyone.

Mr. Desai says that Malini is still his legal wife and asks if Malini got intimated with him forcefully but Aditya says that it was mutual consent.

Kunal asks him what happened that day and Aditya says that he doesn't remember after which Kunal asks him how he can be sure about him getting intimate with Malini with consent.

Mr. Desai argues when him when the Judge states that he will cancel the case without evidence but Kunal manages to get the time till the next hearing to get evidence.

Put of court, Anu praises Mr. Desai while telling Malini that she needs to guilt trap Aditya to get him to stay with her.

Aditya comes there and questions Malini about her stopping the divorce proceedings while Malini makes an excuse.

He tells sorry for having to go through all this when Imlie comes there and argues with Malini.

Aditya blames Imlie for everything and leaves while Malini taunts her that she feels bad and leaves saying that she will never get the evidence.

At Kunal's office, Kunal tells Imlie that they need solid proof to win the case while Dulari suggests that they need to think like Anu and Malini to beat them in the court.