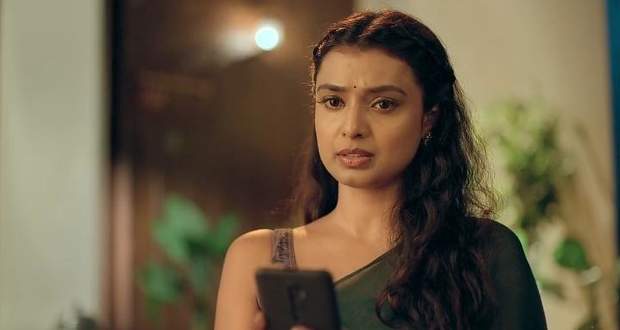 Today's Imli 19 August 2021 episode starts with Meethi getting shocked to know that Malini doesn't want to see Imlie and Aditya together.

Further, Meethi tries to tell Aditya that Malini is not happy with his marriage.

Unfortunately, Aditya tells Meethi that she is misunderstanding Malini but she is concerned about everyone.

Imlie tells Meethi that she knows everything but her trust for Malini isn't making her believe in her intentions.

Meethi gets emotional knowing that her daughter always cares for others.

On the other hand, while Tripathi's coming home from a function get stuck in the middle of the way as the tyre gets punctured.

All was a pre-planned ploy of three criminal women who try to steal jewellery from others.

Those women intoxicate Tripathi's by blowing a powder on them.

Soon, Imlie realizes that they are thieves and tactfully fights with them.