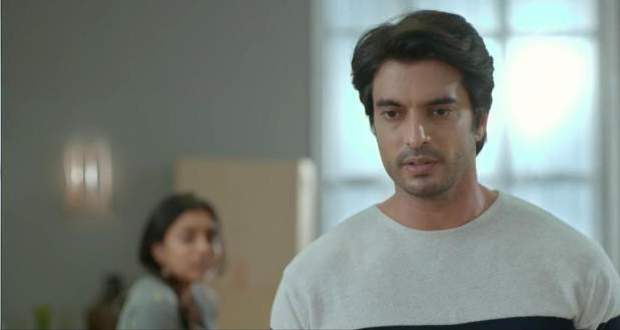 Today's Imli 19 December 2020 episode starts with Imlie threatening the gathered crowd of sending their video to news reporter Aditya Tripathi and they scatter away.

Anu talks badly about the market while Aditya taunts her for her snobbish behavior.

Imlie collects honey from a beehive while Malini notices her calls out to her to stop.

Imlie slips and is about to fall but grabs onto a branch and steadies herself.

At home, Aditya gives Imlie ointment to put on her wounds and scolds her.

Sundar teases Imlie but she ignores him and gives him information on the family members' habits and other things.

Malini tells her grandmother how she feels about going into a new chapter of life with Aditya and his family.

Aditya's mother questions Imlie to Sundar who responds that she is sleeping.

However, when she goes to check on her, she sees Imlie crying and feels worried.

Aditya's mother gives Imlie an outfit to wear to the function but she tells her that she feels sick while Aditya comes there and taunts her.

Aditya's mother supports Imlie and convinces her to come to the function.

Imlie witnesses Aditya and Malini being romantic and feels hurt.